"As the coasts become increasingly populated, more and more people are placed in harm's way. Thus far, science has not found effective ways to reduce most hazards. Therefore, citizens must look to strengthening communities. Building safer buildings and strengthening infrastructure are important steps, but it is the manner in which societies are built that largely determines disaster resilience. A vital part of effective disaster planning—whether for mitigation, preparation, response, or recovery—is an understanding of the people and institutions that make up each community, including their strengths and their weaknesses, as a basis for developing policies, programs, and practices to protect them. In the end, it is human decisions related to such matters as land use planning and community priorities that will build stronger, safer, and better communities." — H. John Heinz III Center for Science, Economics and the Environment, 2002, Human Links to Coastal Disasters

Our cities are ill-prepared for the dangers of the next century. Fiscally, we are spending more and more to repair the damage. Long-term planning that accounts for climate change is needed to ensure that money spent today will reduce our future risk.

We have the opportunity to not only build resilience today but also prepare for the future, to build the infrastructure that will be the foundation for our cities in the next century. This will require innovation and new technologies. It will also require tough decisions. Some areas will be too vulnerable, despite our best efforts to hold back the sea. Infrastructure and homes will need to be moved away from the threat and the shore opened up to the public. The political obstacles to this strategy will be severe in many places, but consideration of them should begin now.

Ocean shorelines, with their economic resources and recreational opportunities, have long been coveted locations for development. The same proximity to the coast that makes development desirable also threatens those very structures: rising tides, eroding shores, and coastal storms all threaten property and public safety. As climate change accelerates rising sea levels and possibly worsens hurricanes and other storms, the threat posed by such hazards will increase. Ironically, development along the coasts impairs the shoreline’s natural ability to withstand these same hazards.

As a result, many coastal communities are trapped in a cycle of risk in which they are developed, devastated by a natural event or disaster, and then rebuilt and repaired only to be struck again. As a classic example, Dauphin Island, Alabama, has been substantially destroyed ten times by hurricanes in the past forty years and yet, after being destroyed once again by Hurricane Katrina, commenced rebuilding. Dedication to community and resilience in the face of adversity are traits to be admired, but government officials must balance our natural tendency to persevere against the social and economic costs and risks to personal safety posed by continual development in vulnerable locations.

Federal funding spreads the risk exposure of coastal living across a greater population, which means that individual property owners internalize less of the cost of living in such risky areas. Since 1979, Dauphin Island has received $80 million in federal funding – more than $60,000 per resident – plus an additional $72 million in federal flood insurance payouts (although Dauphin Island residents have paid only $9.3 million in premiums).

Policy makers and the public at large are becoming increasingly aware of the expenses associated with repeated coastal disasters. Hurricane Sandy in the fall of 2012 cost $65 billion. Hurricane Ike in 2008 came in at $27 billion. Hurricanes Wilma and Rita cost $16 billion each in 2005, not to mention Hurricane Katrina at $125 billion. Hurricanes Ivan and Charley cost $14 and $15 billion respectively in 2004. This list says nothing about a host of billion dollar storms in between, much less other types of disasters such as flooding and severe storms that cost billions every year (144 weather disasters over $1 billion since 1980). Nor does it capture the personal costs: the loved ones lost, the people displaced for months on end, the personal belongings and memories destroyed, the communities disrupted.

[Not to mention more recent, more costly storms like hurricane's Harvey and Irma]

If it seems that big disasters have been occurring more frequently in recent years, it may be true. According to the National Oceanic and Atmospheric Administration, the number of natural events that inflict at least $1 billion in damage (adjusted for inflation) has risen from an average of two per year in the 1980s to more than ten per year since 2010. And the federal Columbia Center for Climate Change Law government has begun playing a larger role in disaster relief, meaning more federal funding expended at each disaster. Between 2011 and 2013, Congress spent $136 billion on disaster relief. In comparison, in 2013, the federal government spent $65.7 billion on education.

These bills are only expected to increase as climate change exacerbates weather conditions, and public expenditures for repeated disaster relief are always controversial. In the past, government has promoted coastal development to encourage economic growth and expanded tax base. Increased development and larger, more expensive infrastructure raise the cost of each disaster. The three primary options to respond to a rising sea and increased threat of hurricanes are protection, accommodation, and retreat.

Traditionally, governments and private owners have been reluctant to abandon coastal properties or to turn to flood-friendly uses. As a result, they have stressed the need for protective structures (such as seawalls and other forms of hard armoring) to defend coastal development from the sea. However, policy makers are becoming increasingly aware of the limitations and costs of hard armoring.

Rather than rely solely on coastal armoring structures, policy makers will need to turn increasingly to land use reform and a policy of managed retreat from the shorelines. These policies avoid disasters by building resilience, preventing or limiting coastal development in vulnerable locations, and reducing the impact of coastal hazards on infrastructure. Such proactive non-structural solutions are often more cost effective than coastal armoring over the long-term as they do not require ongoing maintenance, re-building, or repair.

A long-term policy of managed retreat can limit a community’s exposure to coastal hazards, save lives, and limit the expenditure of public funding on vulnerable infrastructure and response mechanisms.

Each section of the Managed Coastal Retreat Handbook describes a potential tool, provides examples and information, and then presents the lessons learned for that tool. The tools described are not the only tools that can or should be used. In fact, significant innovation will likely be needed to address the novel challenges posed by climate change.

While others academics have written about the numerous legal tools that are available to legislators and regulators to respond to coastal hazards and to conduct managed retreat, the Managed Coastal Retreat Handbook builds on those works by providing practical advice drawn from examples of locations where managed retreat has already been conducted or is ongoing. It describes legal principles and precedents that can serve as useful guides for the creation of new policies, and it identifies lessons learned and recommendations based on previous experiences.

It is important for policy makers to recognize that managed retreat has been done before– sometimes successfully and sometimes not–and that we can learn from those examples to build a more resilient coast.

Below is a compilation of the lessons learned in the Managed Coastal Retreat Handbook:

*NB* Originally published in October 2013, the Handbook is still an immensely valuable compendium of information, examples, tactics, strategy and theory. Some of the FEMA information was made obsolete by upgrades to floodplain requirements during the Obama administration. However, these sections have some renewed relevance as a result of the Trump administration’s repeal of those upgrades. In the wake of recent back-to-back hurricane disasters, in Harvey and Irma, the Trump administration is reportedly reconsidering lowering floodplain building requirements and study.

The Columbia Center for Climate Change Law (CCCL) develops legal techniques to fight climate change, trains law students and lawyers in their use, and provides the legal profession and the
public with up-to-date resources on key topics in climate law and regulation. It works closely with the scientists at Columbia University's Earth Institute and with a wide range of governmental, nongovernmental and academic organizations.

A bluefield possesses water resources itself or has access to a navigable body of water such as a river, sea, or ocean—either directly or via canal or port. Some bluefields can support viable commercial uses, and many of these commercial bluefields have definitive access or riparian rights. Many other Bluefields merely provide simple enjoyment for the property owners and tenants. Use the bluefield tag as one of the many tags in the BrownfieldListings.com Taxonomy to post a watershed development RFP, RFQ or RFI, or to simply signal water resources or concerns on your property or in your project. 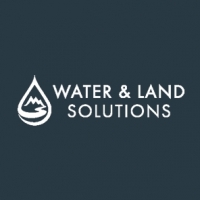 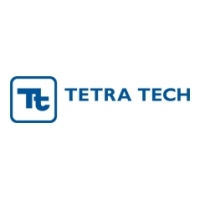 While the South Drowns, the West Burns (with photos)

Future-Proofing Against a Hotter, Wetter Horizon Will Require a Huge Surge of Bluefield Development.

Retail Headwinds are Tailwinds for Industrial and Driving Historic Growth

Is the U.S. Economy Stronger than Ever?

Back to the top